Team dynamics: How to solve the 4 most common team conflicts 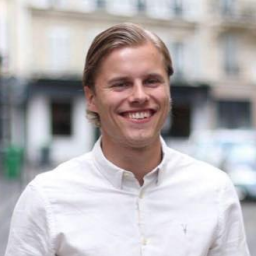 Team dynamics: How to solve the 4 most common team conflicts

Effective managers must possess several key leadership skills. One of the most crucial is the ability to manage team conflicts.

As one consultant wrote, “The ability to recognize conflict, understand the nature of conflict, and to be able to bring swift and just resolution to conflict will serve you well as a leader – the inability to do so may well be your downfall.”

It’s not possible to avoid conflict entirely. Instead, learn how to manage the four most common sources of conflicts in workplace teams, and create a more effective conflict resolution process for your business.

Your all-in-one-guide to team conflict resolution

Here’s everything you need to know about team conflict resolution

Each member of your team has their own personality, quirks, strengths, weaknesses and beliefs. Cultural, gender, political, and religious factors are often the source of conflicts when there’s a lack of empathy.

When these differences trigger clashes at work, it’s a mistake to ignore or minimize the conflict. It’ll just continue to heat up until it boils over, possibly in a way that ruptures team dynamics and defeats organizational goals.

Instead, bring the primary participants together. Set some basic communication ground rules: calm voices, active listening to each speaker, no interrupting. Communicate those rules to the employees first, then invite each participant to share their personal perceptions in turns.

Then after they’ve explained their perspectives, work to establish some basic boundaries for each party.

However, if a drama king or queen is repeatedly stirring up conflict on your team, you’re going to have to play hard ball.

The only solution for that kind of employee is a strict, specific policy against such inappropriate workplace behavior. Both the policy and the consequences for ignoring it must be communicated firmly to the employee in question.

Don’t shy away from enforcing that policy. Disruptive personalities can wreak havoc in the workplace. So if the employee persists in causing conflicts, you may have to terminate their employment.

Rules sometimes don’t make any sense to someone with less than full information.

If someone on the team is consistently ignoring the rules, it could be a sign of lack of respect for your business’s goals and needs — or it could just be that they don’t understand the rationale behind the policies.

Explaining why things are done a particular way can in some cases alleviate the problem.

If the employee is otherwise valuable, try going over the rules one more time, possibly with additional remedial training, and outline the consequences of further non-compliance.

But if it continues to occur, you have to insist on compliance, and follow through on those consequences.

Competition — like conflict itself — can be a healthy thing for a team. Healthy competition can create a more energized team and spur creative thinking.

However, sometimes the things your business establishes as incentives for hard work can also trigger conflict based on competition. When quotas and bonuses are on the line, it’s all too easy to start to view teammates as the competition.

When competition turns toxic, it’s an emotional issue at the core.

To deal with competition-based conflict, the first step is recognizing and acknowledging that the affected employee’s emotions are understandable and normal. Don’t make disappointed workers feel worse by condemning their reactions.

Instead, try redirecting that anger and frustration into healthier expressions.

Better yet, advocate for incentives that pit the worker against himself, instead of his co-workers. For example, offer bonuses to employees who beat their own “personal best” by a certain percentage.

Good communication is hard to achieve. When the effort to communicate fails, simple misunderstandings can boil up into full-scale conflict.

One method to try is a team agreement that outlines the expectations and rules of working together. The mere act of agreeing as a team to a specific process helps improve communication.

You can also reduce misunderstandings by giving specialized training in effective listening and communication.

If you go this route, look for a training provider that will allow your employees to roleplay conflict situations. The trainer and the rest of the team can then offer feedback and suggestions on how the roleplayers could have improved communication in that scenario.

Document any communications that don’t follow your team agreement and then use training to address any problem communicators.

Need to manage team conflict? Get your all in one guide

Everything you need to know about team conflict and how to manage it.

For many work-oriented conflicts, a team-centered approach can enhance the group dynamic. The process can be as simple as three basic steps:

Step 1: Acknowledge the conflict and begin the resolution process. Outline the process you’ll all participate in and get the participants’ consent.

Agree that the team comes first. If one party to the conflict is more committed to “winning” or being right than to resolving the conflict, the process won’t work.

Step 2: Clarify and define the central issue. Each employee should articulate his or her position so that all the members of the team can understand — even if they don’t agree.

While this is taking place, work through the emotional context without diminishing or dismissing anyone’s feelings. Even this step by itself can resolve many conflicts because it helps others see the situation with more clarity and less emotion.

For each position articulated, examine the underlying facts and assumptions. However, don’t let anyone challenge those assumptions or beliefs until everyone has been fully heard.

Step 3: Agree on a resolution as a team. Now that the problem has been identified and each perspective has been communicated calmly, it should be easier for the team to decide as a group what the best solution should be.

Conflict isn’t necessarily a bad thing — even when it happens in the workplace. For instance, productive conflict yields heightened creativity and a more cohesive team dynamic.

The human response to conflict makes it either a constructive or destructive force, but the force itself is neutral.

Approach team conflicts with that in mind, and you can resolve most situations without the need for more drastic measures such as formal discipline.

Try it out today!

Sign up for a free 30-day trial. No credit card required.